Brad Courtney is best known around these parts as the “Whiskey Row Historian,” with several books and scholarly articles under his belt buckle. But it’s one of many hats he wears or has worn.

He stepped away from a successful musical career three decades ago to focus on learning and teaching history, but he’s now starring with nearly 100 of his Old West-reenacting friends in the music video for a song he co-wrote, “Down To Whiskey Road.” 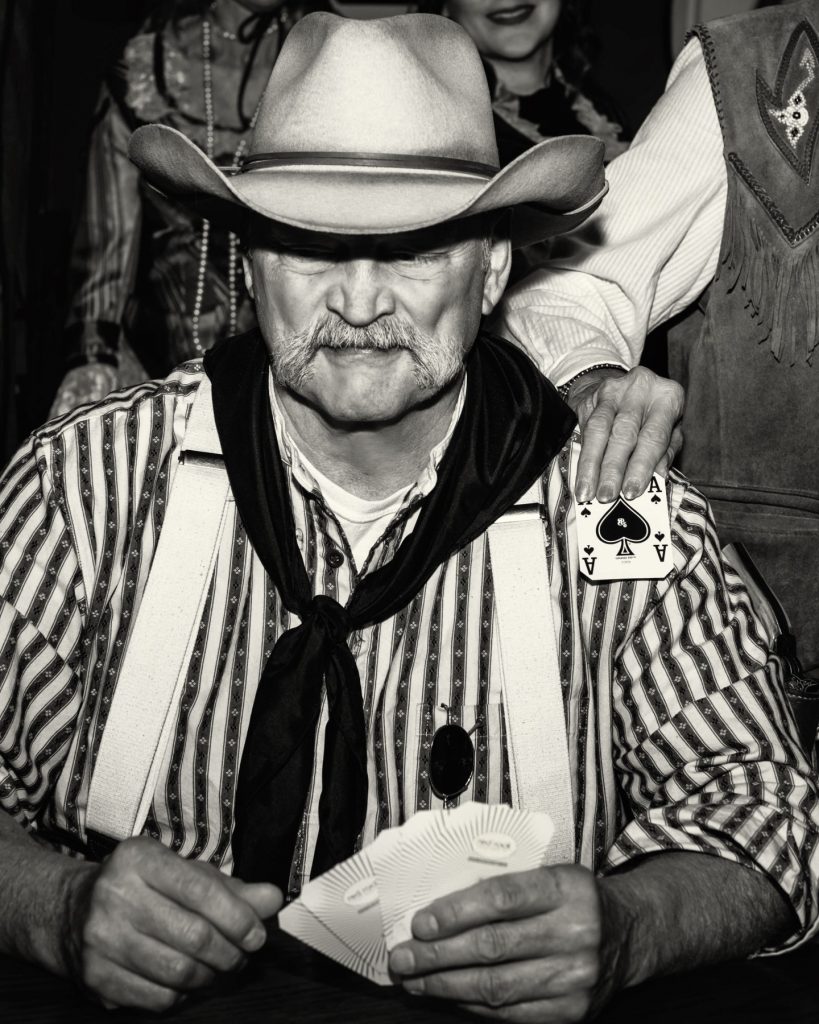 “However, the song is not what I am promoting; it is not the story upon which I wish to focus,” he said in a note to Prescott LIVING. “Rather, I want to draw your attention to something of which I believe Prescott should be truly proud. The song and the music video are dedicated to those who add to the true west culture belonging to Prescott.”

The footage was filmed in May 2021 at the iconic Palace bar/restaurant on Montezuma Street near the intersection of Gurley Street, the heart of historic downtown Prescott. The complete video is available on YouTube.

He noted that True West magazine named Prescott as the nation’s No. 1 True West Town last year, citing, in part, the many local clubs involved in preserving and re-enacting the area’s frontier past.

Courtney said, “These groups consist of members who are veterans of war and others who have served in the military, law enforcement people both active and retired, firemen and women, search and rescue personnel, teachers, real estate brokers and agents, hairdressers, engineers, businessmen and women, artists and actors, entrepreneurs and more.”

The Story Behind the Song

Courtney wrote the chorus to “Down to Whiskey Row” in 2013 while working on his first history book, Prescott’s Original Whiskey Row. While the book was a success followed up by The Whiskey Row Fire of 1900 and others, he struggled for years to write verses to go with the chorus, even as he opened many of his in-person talks by singing it.

After Courtney’s wife Holly died from a rare form of cancer in January 2018, “I had this continual feeling of being stranded here on earth after I lost her,” he said. He would often come to Whiskey Row seeking solace and started meeting with some friends at the Palace’s front table on Friday nights.

He met local Realtor Wendi Roudybush in the aftermath of February 2019’s major snowstorm, and they began spending time together on Whiskey Row and elsewhere, including Tombstone’s Helldorado Days, which gave Roudybush the idea of dressing in Old West outfits with their Palace friends back home every Friday night.

This was the spark Courtney needed to finish his song, with help from the son of his next-door neighbors in Ponderosa Park, Sugar and the Mint co-founder Johan Glidden. The finished song was recorded in the studio Glidden himself built.

“I personally know people who have moved to Prescott just to be a part of the Old West groups I have listed. It is a lifestyle of which they want to be part,” Courtney said. 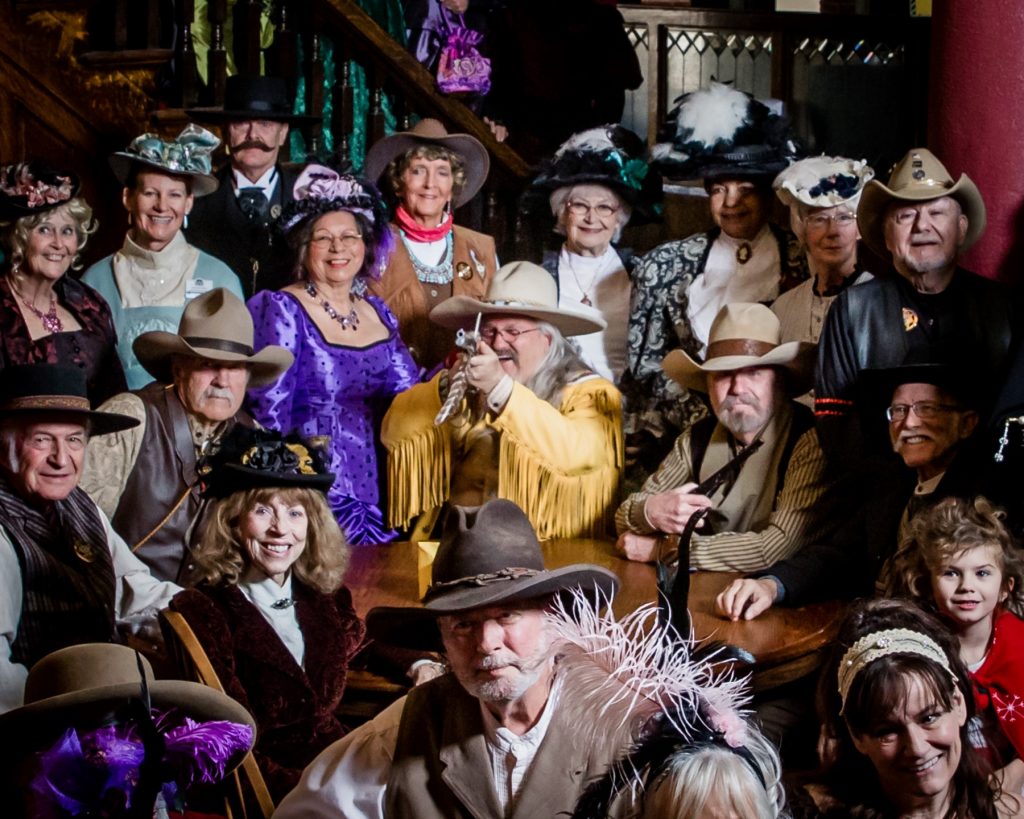 Prescott Murals, A Portal to Community

Be sure to look up in the night sky tonight to see a RARE celestial event! There will be an occultation of Mars by the full moon. Mars will disappear behind the moon around 7:30 PM and reappear around an hour later. The weather forecast calls for a clear sky tonight in the Prescott area! The Griffith Observatory in Los Angeles will have a live YouTube feed of the event starting at 7:00 PM MST at youtu.be/R3hRKCZAJdc. ... See MoreSee Less

Here’s hoping you have clear skies on the night of December 7-8, 2022, because there’s much to see! First, the full moon is up all night, near bright red Mars.
View on Facebook
· Share

OUT & ABOUT — Thank you to Karen Shaw for sharing these beautiful photos taken at Dead Horse Ranch State Park in Cottonwood! Photos submitted by our readers appear in every issue of Prescott LIVING Magazine. Send in your best shots by email to photos@roxco.com. ... See MoreSee Less